It is a mineral and vertical universe bathed in sunshine. We are in Provence, in the gorges of Verdon. One of the greatest gliders of France is found here : the Griffon Vulture -Gyps fulvus. Unfortunately, it has not always been so. 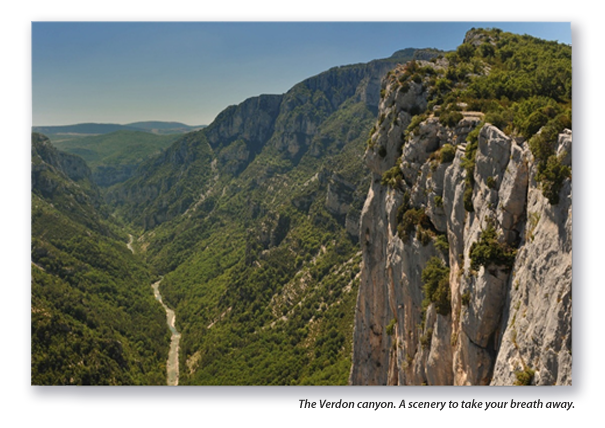 It is in 1999 that the tawny vulture returns to the Verdon Regional Nature Park. He had disappeared from the sky of Provence more than a century ago, certainly a victim of the superstition of men for these great scavenger birds*.

At the beginning of the reintroduction program, a group of a dozen vultures was released, and six others followed in 2004. Progressing steadily, their population now reaches over three hundred creatures, including roughly a hundred nesting birds in the gorges.

With a wingspan of up to 2 meters 70, the vulture hovers effortlessly over gravity and reviews each gorge, cliff or rocky outcrop for carrion. Prospecting often in teams, each bird also observes his fellow-creatures in the hope of finding a good meal ...

Amicable animal, the griffon vulture nestles on the cliff or a rocky ledge often in small colony ranging from ten to twenty couples.

This vulture is what is called, in ecology, an umbrella species. That is, the extent of its territory or ecological niche allows the protection of many other species.

How about the goats you may ask ? I'm getting there …

Well, as Forrest Gump might have said : animal photography is like a box of chocolates, you never know what you're gonna get !

While I was in full photoshoot to seize the flight of the vulture, I was surprised by a couple of wild goats -Capra hircus- certainly very curious. Very quickly, I remembered the news that had made the buzz shortly before an unfortunate hiker had been attacked by a wild goat in the same area (See link at the bottom of the page). Usually, goats don’t bother me but being posted at the edge of the cliff, this unexpected visit could have ended badly, especially for me !

It was, therefore, necessary to push them away in between two shots. However, the goats had not left, watching me tens of meters away. Finally, they were the ones who got tired first of my presence. This type of totally uninhibited behavior is really surprising especially when you don’t expect it ! 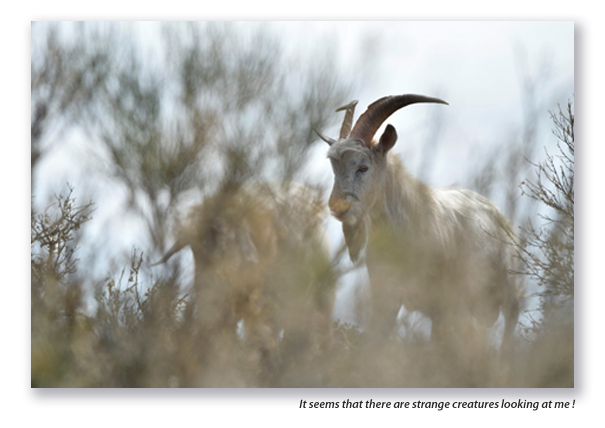 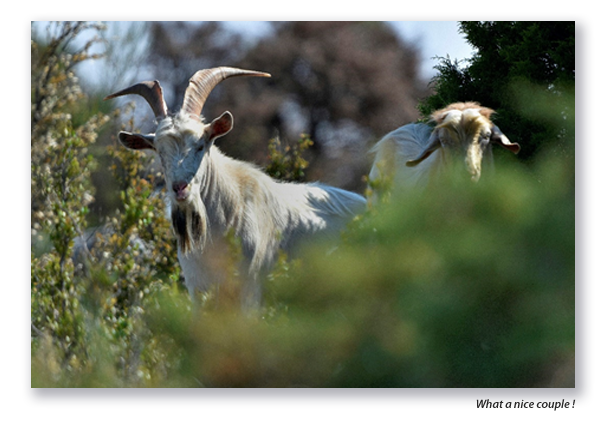 *The tawny vulture is essentially a scavenger, that is to say, that it feeds on dead animals. Its function as a natural rendering plant is beneficial for the environment, thus limiting the spread of diseases and the pollution of water resources. Nevertheless, it can attack the placenta of calving animals and consequently to their offspring’s just being born.